We have noticed in recent years that the age demographic of many of our clients is increasing. This is down to a number of factors which may include life expectancy, the changing attitude to marriage and remarriage and divorce more women working. 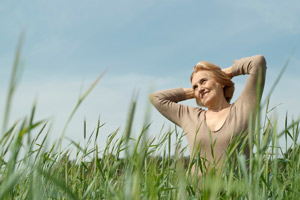 We have noticed in recent years that the age demographic of many of our clients is increasing. This is down to a number of factors which may include life expectancy, the changing attitude to marriage remarriage and divorce and more women working and thus being financially independent or as one commentator has said “Where once couples may have suffered from, “empty nest syndrome” many now complain of “under the feet syndrome”.”

Figures  released by the Office for National Statistics on 6 August 2013 support this. Divorce rates have fluctuated over the course of the last 70 years reaching a record high in 1993 of 165 thousand reducing to 118 thousand in 2011 but of more particular interest  is that fact that since 1991 there has been a 73% increase in the number of men over 60 getting divorced with similar trends for women aged 60 plus.  Whilst the rate of divorce for all men has fallen it has risen for those over 60

Interestingly whilst 65% of divorces are granted to women when it comes to those over 60 divorces are just as likely to be granted to men as to women.  Most significantly whilst the divorce rate is falling where the parties are 45 and over the rate of divorce is in fact rising.

So why does this matter?

We firmly believe that all our cases are different and each client must be treated as such.  There are certain facets to dealing with older clients going through a divorce.

It may well be that divorce is not the best option.  Whilst we are constantly reminded by central government to save more for pensions they remain one of the largest assets in many marriages after the matrimonial home. On divorce unless a Pension Sharing Order is made you will lose your entitlement to any benefits from your spouses pension.

You may also wish for your assets to pass to your children and grandchildren and to divorce  could be a inefficient from a tax perspective.  Why? If you remain married you will retain the spousal exemption on Inheritance Tax so that only one set of IHT liabilities fall due (on the second death) We strongly recommend you take tax advice from a specialist tax accountant who can assist you on this area .

On divorce a spouse is treated as if they are not included in the will.  We advise our clients to change their wills on divorce.

Those individuals divorcing later in life may have pensions which are in payment.  The costs of pension sharing orders can be significant. Further where one party has not reached an age where he or she can take the benefit of a pension the transferring party will immediately suffer a drop in income without the other party benefiting until they are entitled to take sums on reaching the qualifying age under the particular scheme.

Issues over the fair disposal of the assets of the marriage with reference to increased life expectancy require close attention.

Finally if you are considering a divorce with a view to marriage you should consider a pre-nuptial agreement especially if you wish to protect your children or grandchildren’s inheritance.  Whilst pre-nuptial agreements are not enforceable they are persuasive and following the Law Commissions Report dated 27th February 2014 such agreements referred to as Qualifying Nuptial Agreements may become law.

We can advise you on alternatives to divorce which will allow you to retain pension benefits including death benefits.  Whilst this may have some disadvantages in that you will not be able to achieve a financial clean break it is something you need to consider.

All of our cases are different and it is important that you obtain independent advice regarding your own particular situation.

James Belderbos will be happy to talk you through your own unique situation and help you find the right solution for you.